A BRIEF REVIEW OF DRIED FIG 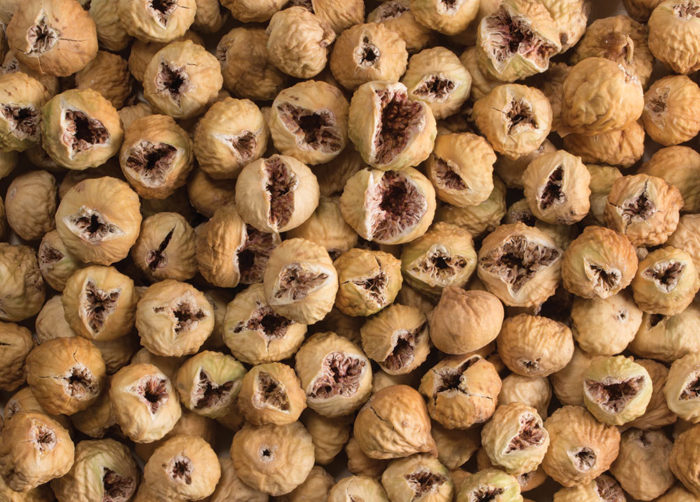 What is dried fig?

Dried figs are one of the popular, tasty and sweet dried fruits that have many benefits. It is a good source of potassium, magnesium, calcium, phosphorus and vitamins A, B, and C. Figs are a great source of dietary fiber that helps digestion and weight control.

Dried figs contain large amounts of iron and vitamin C. A mixture of these two nutrients has made dried figs a wonderful fruit for anemia, especially for those suffering from iron deficiency. Dried figs are full of dietary fibers which are important for removing constipation and preventing other digestive problems. it has low calories, and it’s a good snack for people who are trying to lose weight. On the other hand, because of their high sugar content, dried figs can also activate cells and produce a lot of energy which is usually required by those who suffer from anemia.

Iran as one of the big producers in the world can produce about one million tons of figs annually. By producing 58,000 tons of dried figs, Iran is the fifth largest producer of this product. Although countries such as Turkey, Egypt, Spain, and Portugal have significant cultivation and production rank in this field, Iranian dried figs, in particular, Estahban figs are unique in quality and taste in the world.

figs are dried in the conventional sun-dried method in this method, the figs remain on the tree until they are half-dried. After shedding the fruits, they are collected from under the trees and poured into a pre-made special dish. These dishes are known as “Shpang” and have other local names, too. One should try to spread the figs on Shpang on one layer.

This dish should be (placed) in a way to be exposed to the sunlight. The time required for producing dried figs in Shpang depends on the temperature and the initial dryness of the figs.

Generally, dried figs take about 3-5 days to produce. After when they are ready dried figs must be collected early in the morning to prevent exposure in sunlight, otherwise they get warm, and fruit texture becomes soft and difficult to maintain. If the collected dried figs are not dried enough and not sufficiently preserved, the color may gradually change and lose its original quality.

Figs can be used to make fig juice and various pastries such as chocolate, biscuits, cake, and muffins. Consuming dried figs mixed with other conventional dried fruits is common. For example, the preparation and consumption of a mixture containing pistachios, almonds, walnuts, and dried figs are very useful for enhancing memory. It is recommended to add this mixture to the diet of pregnant women to enhance the baby’s memory.