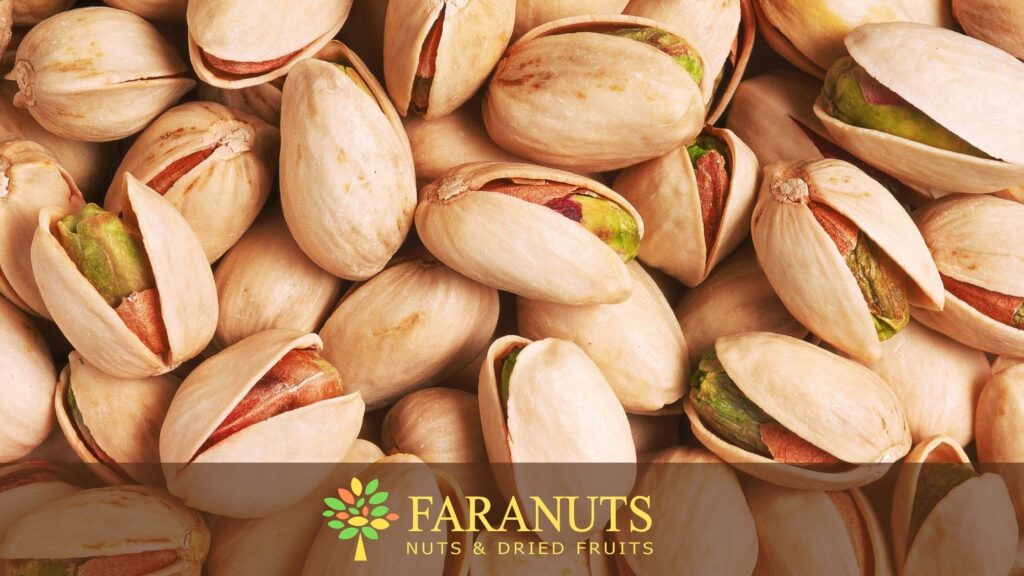 Pistachio in the world

The demand for pistachio is rising every day in different parts of the world, especially in the European markets. As the vaccination continues in different parts of the EU many touristic countries are preparing themselves for reopening the hotels and bars and resorts, hence the anticipation for consumption is very high for the next few months, on the other hand, the news from the farms of Iran suggests there will be less production this year than what it was expected.

The exported volume of Pistachios

According to the reports total monthly international shipments accounted for over 22,400 metric tons (open in-shell, closed-shell, natural kernels, green peeled and split kernels, and others), up 55% compared to the 2019 crop year. Year-to-date exports have reached a peak of around 144,400 metric tons, the second-highest since the record crop year of 2007. Considering a total production of 190,000 MT (in-shell basis), around 75% of the crop has already been shipped during the first half of the marketing year.

Although open in-shell pistachios account for around 80% of Iranian international exports, demand for natural kernels is increasing: year-to-date kernel shipments have reached 12,900 MT (in-shell equivalent), 41% above the previous 4 years’ average.

Far East countries are the main destinations for Iranian Pistachios

China, Hong Kong, and Vietnam are the main market for Iranian Pistachios and Iranian companies have exported over 70,000 MT of pistachio which is a record in the last couple of years, this amount is almost three times more than the previous year. The other main buyer of Iranian long-type pistachio is India which increased the total volume by %65 and reached 17,000 MT of import. Although this increase in the sale was significant, both buyers and sellers believe the market has the capacity for more distribution. There are many reasons which far east countries and the Indian subcontinent prefer Iranian pistachio but the main two reasons are the unique taste and competitive price advantage over US Pistachio.

Alongside the increase in pistachio export in the first half of the marketing year the demand for pistachio whole kernel both in food service and retail has increased about %40 in comparison to last year’s average.

Gathered by the news section of Faranuts from Local sources and pistachio association reports.